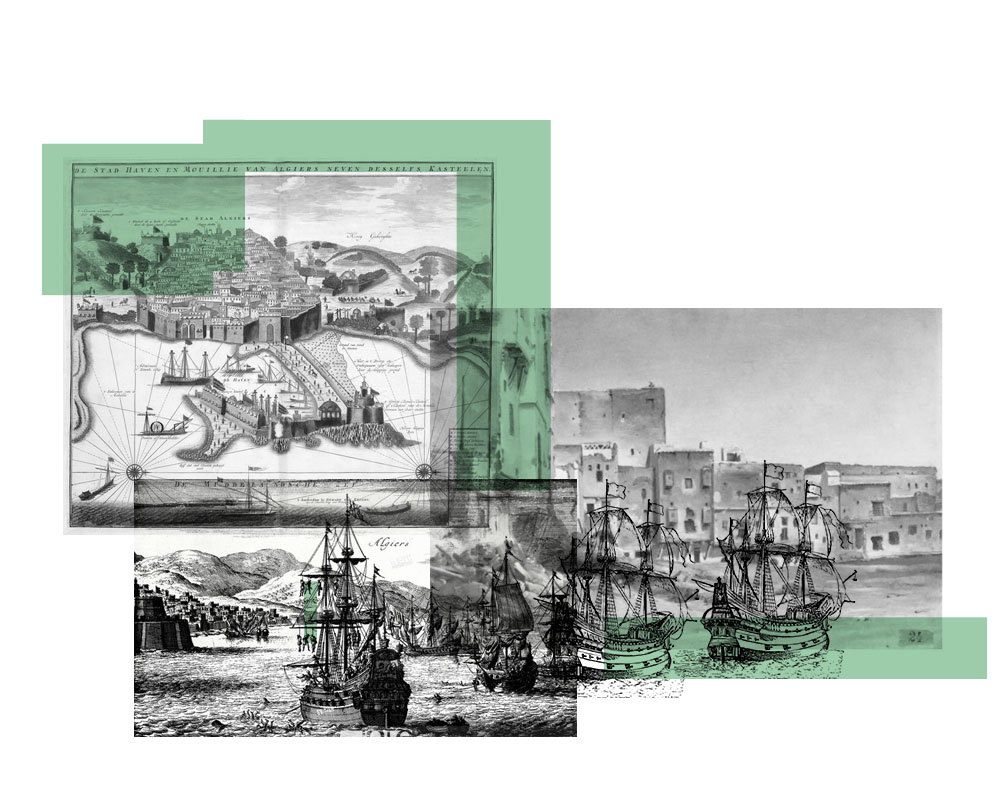 In a 2018 series “Unlearning Decisive Moments of Photography”, Ariella Azoulay points out some problems with widely held knowledge about the history and usage of photography. Challenging us to rethink our commonly held beliefs about photography, Azoulay connects the birth of photography with the creation of the “new world”, and establishes it as a tool that has been used in the destruction of diverse worlds rather than a tool for pure observation and documentation, or one that challenges power. Her writing expresses a perspective about photography that is not traditionally or popularly held, and challenges us to re-examine our notions. We have tried to distill the main arguments in Azoulay’s series but highly recommend reading it in whole.

Ariella Azoulay is Professor of Modern Culture and Media and Comparative Literature at Brown University, a documentary film director and an independent curator of archives and exhibitions.

Unlearning the Origins of Photography

In Unlearning the Origins of Photograph, Azoulay foregrounds an upcoming book entitled, Potential History: Unlearning Imperialism by discussing the origins of photography in the context of the creation of the “new world” sparked by the imperialism and colonisation that followed 1492. She disputes the belief of photography’s invention having been in the nineteenth century, citing that this knowledge was provided by “those invested in its promotion”. She instead argues that photography came out of the same tool box as many other instruments to inflict “imperial violence”, which she describes as the erasure of all details of a culture and society before its colonisation to create space for new imperial ideas. Photography served to document and record “what-is-already there”.

Azoulay uses quotes from Dominique François Arago and Walter Benjamin to support the claim that imperialists supported photography for its ability to impermissibly and unforgivingly claim ownership to the belongings of other worlds through the reproduction of art.

“When photography emerged, it did not halt this process of plunder that made others and others’ worlds available to the few, but rather accelerated it and provided further opportunities and modalities for pursuing it.” 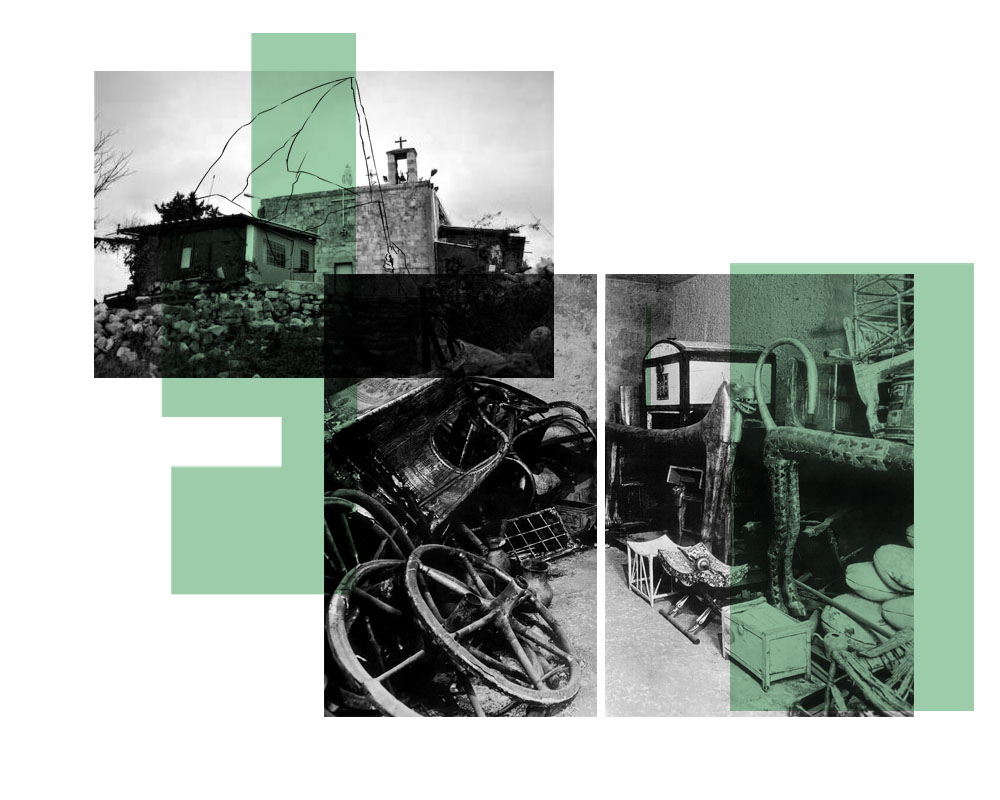 As an example, Azoulay compares early drawings of Algiers, with their “point of view of foreigners approaching the city from afar and looking at it from the outside”, with a panoramic photograph made after the city’s invasion by the French colonialists. She points out that without French imperial bombardment, a picturesque, panoramic image of Algiers by Colonel Jean Charles Langlois would not have been possible. She also offers us an earlier photo by Langlois that shows the city demolished to point out that “the ubiquity of destruction both precedes and enables the ubiquity of photographs”.

Azoulay then presents a series of images by the Neurdein brothers which were used by the French government to advertise Algeria as desirable to French tourists and colonisers. She links photography and its role to the imperialist project alongside the military which continued its program of destruction.

The section closes with an investigation of the imperial history of art that is based upon the historic “acquisition” or theft of artefacts from diverse worlds by colonisers, and their unwavering belief in their rights to plunder, rights which, she insists, “continue to lie at the basis of our political regimes”.

Azoulay leaves us with an image of a Puerto Rican ceremonial axe stone now housed in Musée de l’Homme in Paris saying, “It is only through imperial ideologies, such as that of the documentary or of a universal art, that we can view this isolated object not as the encapsulation of the imperial violence involved in the annihilation of the people of which it was part. Deciphering the photographic information in a different way and unlearning the documentary protocols, this image can no longer be viewed as a work of art from a bygone age but rather as an object in which non-imperial rights are inscribed that could potentially be restored”.

In this section, Azoulay argues that through this “combined activity of destroying and manufacturing “new” worlds”, imperialists were able to compartmentalise individuals to certain new occupations by depriving them of their previous life. This in turn enabled the creation of experts in fields such as law, economics, politics, culture, that had the power to shape societies according to their vision, and to provide solutions to problems created by other such professional experts.

Photography is no exception to this, Azoulay argues. Its experts carry the belief that their representation of destruction is in the interest of the common good, the photographer is “a hero apart” exposing the wrongful acts of the regime for the common good. In reality they continue to represent imperial rights, even if in appearance they may seem to be disconnected from the regime of violence. Photographers end up dismissing the plight of individuals of diverse worlds for their access to exclusive imperial rights, which do not always have to be financial.

Azoulay gives the example of David Seymour or Robert Capa’s representation of the destruction of Palestine in the process of creation of a new state, conflating the experience of the Palestinians with Jewish migrants to justify the violence perpetrated by the new state. Their willing or unwilling self-deception happened through their use of documentary protocols which they confused for an ability to give an impartial account outside of a context. Or as Azoulay puts it “acting as if lived worlds are reducible to their real-estate components and nation-building campaigns, these photographers dismiss the plight of the indigenous population as well as the destruction of the common.”

The photographers’ affiliation with the imperialist project is further underscored by the issues of property rights and copyrights. As photographers exercised their imperial rights in taking images of Palestinians being brutalised (without the consent of the Palestinian people), Palestinians in return insist that they have a right to the images that depict them, that these images are part of the common, and to use them without permission.

“The photographer is not the one who expelled [Palestinians], but as long as his permission to photograph is conditioned by those who did expel them and by the regime they established, his right is not universal but imperial.”

Azoulay describes the lack of discussion of human rights in terms of the rights of those photographed. She writes, “the right to take photographs was imposed from the start as given, unlimited and inalienable, often against the will of others”. But she also points out that photographers can be discarded and their rights revoked as easily as any other thing not needed by the imperialist powers, as has happened through the disruption of photography by large image banks.

Photographers treat people as raw materials “or in today’s language as “references,” as materials used for study, admiration, or appropriation”, and demand access to them from states through free movement and speech. Some of these new cultural forms of extraction create a persona which may mislead us to believe that their work criticises and documents wrongdoings by states. These new photographers may run into constraints imposed by representatives of the regime–the police or army–and challenge them, but this, Azoulay writes, “is usually done without acknowledging, let alone problematizing, the inherited imperial privileges that make the photographer’s position possible.”

This arrangement becomes especially uncomfortable when the regime of violence of imperial agents begins to negatively affect the photographers themselves as they exist in these diverse worlds/communities. If/when these photographers exercise in concert and partnership with their communities rather than at an alienated distance, “not only is their labor not commissioned by lucrative markets but, additionally, they risk losing their immunity and become direct targets of imperial agents”.

Azoulay goes on to discuss the large number of Palestinian journalists and photojournalists shot by Israeli snipers and how it is not unrelated to the fact that these individuals were acting in service to their communities rather than the imperial agent that is Israel.

Earlier in this section Azoulay offers a vision for how photography could begin to disentangle from the imperial project:

“It is only through powerful institutions such as museums, archives, the press, or the police, as well as economic and political sanctions, that such other features and the participation of the many are devalued, prohibited, or outlawed in an attempt to deprive the participants in the photographic event of their rights and power, making photography subservient to the imperial project. This is what keeps the unilateral right on which photography was institutionalized—the right to roam around with a tool that penetrates people’s lives and to take their pictures without being invited to do so—ungrounded and reversible. To be recognized not as the exercise of violence but as a lawful right, this right needs to be materialized and redeemed in a common world, one which is irreducible to the sheer, ongoing attempt to accumulate ever more capital, profit, wealth, distinction, and power.”

Why does femLENS focus on women and girls?
Women and girls are still underrepresented in almost all areas of life. Photography as a storytelling tool shouldn’t be the domain of the privileged few. Technology today allows us to make that happen as so many people have access to a mobile phone with a camera. Read more